Is your code full of "#define" statements?  If so, you should consider switching to the const keyword.

Here are some reasons you should use const instead of #define:
Here are some common myths about this tradeoff. (Note that on some systems these statements might be true, especially if you have and old and lame compiler.  But they don't necessarily have to be true and they often are false, especially on newer chips with newer compilers.)
There are plenty of discussions on this topic.  You'll also see that some folks advocate using enums for some situations, which we'll get to another time. For now, if you change as many #defines as you can to consts then that is likely to improve your code quality, and perhaps flush out a few bugs you didn't realize you had.

Be careful when reading discussion group postings on this topic.  There is a lot of dis-information out there about performance and other potential tradeoff factors, usually based on statements about 20 year old versions of the C language or experiences with compilers that have poor optimization capability.  In general, you should always use const by default unless your particular compiler/system/usage presents a compelling case not to.

See also the Barr Group C coding standard rule 1.8.b which says to use const, and has a number of other very useful rules.

Optimize for V&V, not for writing code 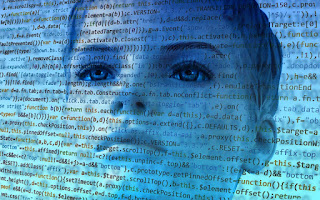 
Writing code should be made more difficult so that Verification &Validation can be made easier.

I first heard this notion years ago at a workshop in which several folks from industry who build high assurance software (think flight controls) stood up and said that V&V is what matters. You might expect that from flight control folks, but their reasoning applies to pretty much every embedded project. That's because it is a matter of economics.

Good, but non-life-critical, embedded software requires about 2 hours of V&V for every 1 hour of code creation. So the economic argument still holds, with a still-compelling multiplier of 2:1.  I don't care if you're Vee,  Agile, hybrid model or whatever. You're spending time on V&V, including at least some activities such as peer review, unit test, created automated tests, performing testing, chasing down bugs, and so on. For embedded products that aren't flaky, probably you spend more time on V&V than you do on creating the code. If you're doing TDD you're taking an approach that has the idea of starting with a testing viewpoint built in already, by starting from testing and working outward from there. But that's not the only way to benefit from this observation.

The good news is that making code writing "difficult" does not involve gratuitous pain. Rather, it involves being smart and a bit disciplined so that the code you produce is easier for others to perform V&V on. A bit of up front thought and organization can save a lot on downstream effort. Some examples include:
Sure, these sound like a good idea, but many developers skip or skimp on them because they don't think they can afford the time. They don't have time to make their code clean because they're too busy writing bugs to meet a deadline. Then they, and everyone else, pay for this during the test cycle. (I'm not saying the programmers are necessarily the main culprits here, especially if they didn't get a vote on their deadline. But that doesn't change the outcome.)

I'm here to say you can't afford not to follow these basic code quality practices. That's because every hour you're saving by cutting corners up front is probably costing you double (or more) downstream by making V&V more painful than it should be. It's always hard to invest in downstream benefits when the pressure is on, but doing so is costing you dearly when you skimp on code quality.

Do you have any tricks to make code easier to understand that I missed?